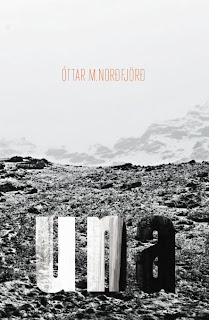 Una, my ghost novel from 2012, received a grant from the Icelandic Film Centre. The grant is for writing a script (based on the book) and it's the first of three possible grants. I will write the script and start working on it in the new year.

Director Marteinn Thorsson is attached to direct it and help with the script. He has directed three full feature movies - One Point O (2004), Rokland (2011) and most recently, XL (2013), which was nominated to the Crystal Globe at Karlovy Vary International Film Festival and the leading actor won the Best Actor prize at the same festival.

I'll let you know how this project progresses.