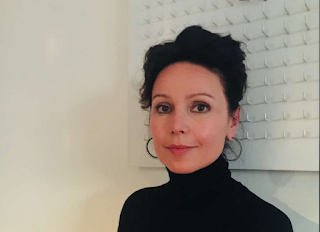 The producer of UNA (Recurrence) is in an interview at Nordisk Film and TV Fond, talking about her projects, including UNA. Here's the interview, and here's the part about UNA:

"Meanwhile Thórhannesdóttir’s majority Icelandic feature project Recurrence (Una) by Marteinn Thórsson (XL) is currently in pre-production. The supernatural thriller based on a script by Thórsson and Óttar M. Nordfjörd (The Valhalla Murders) centres on Una (22), whose son disappeared a year ago and is presumed dead. After a suicide attempt, a sinister creature appears and Una starts to live a parallel story that happened a hundred years ago, a story of rape, violence and murder, linked to another Una.

“The film will mark Thorsson’s return to genre-filmmaking and be in the vein of his earlier film One Point Zero which competed at Sundance [2004] and was subsequently sold to more than 40 territories. He will also gather some of the talent who worked with him on One Point Zero such as Udo Kier”, says the producer.   The €2.8m project is co-produced by Sweden’s Anagram and France’s Frozen Frogs, with support from the Icelandic Film Centre. The Yellow Affair will handle international sales; Sena the domestic release."