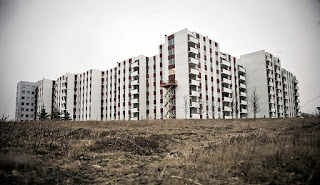 A TV series I've been working on with director Tinna Hrafnsdóttir has received the first film grant from the Icelandic Film Centre. It's titled Gólanhæðir, a play on the name of the Reykjavík neighborhood Breiðholt, which plays a large part of the show. I hope to tell you more about this project in the near future.