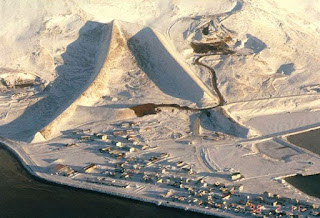 An Icelandic TV series that I've been working on lately with Thordur Palsson (The Valhalla Murders) has received the first film grant from the Icelandic Film Centre. It's working title is FLATEYRI and it's based on the incredible book Nóttin sem breytti öllu (The Night that Changed Everything) by Sóley Eiríksdóttir.

As the title suggests, it's about the village of Flateyri, which is situated in Iceland's West Fjords, and a horrible avalanche that hit it in 1995, resulting in 20 deaths. It wasn't just a blow to the small fishing community, but to the whole island. Thordur and me are passionate about this difficult but heroic story.