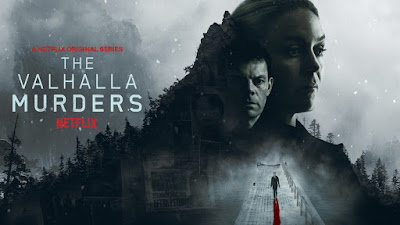 The Valhalla Murders
A police investigator named Arnar travels from Norway to assist in the investigation surrounding Iceland’s first serial killer. He works with Kata, the local officer in charge of the case, and together they must race against the clock to find the murderer before it’s too late. While the victims initially seem unrelated, the trail leads them to an abandoned boys’ home named Valhalla, where horrifying events occurred 35 years earlier.

Una
After Una’s infant son disappears from his cradle, she’s plunged into misery and suicidal thoughts. As she tries to cope, a ghost appears before her and sparks hope – is her son still alive somewhere? Are supernatural powers involved in his disappearance? Desperate for answers, Una comes to learn about an old woman who died many years ago, but bore her exact same name. Slowly, it starts dawning on her that she’s repeating the old woman’s life. 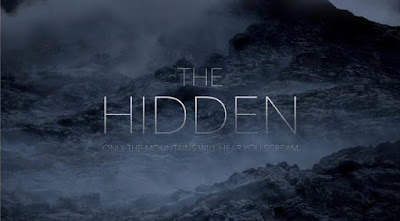 The Hidden
Our story begins in the forsaken highlands of Iceland, when six American geologists arrive to prepare a building of a dam. Trapped in a remote valley, the team falls prey to what Icelanders know as hidden people – mythological creatures that are not just relegated to the pages of folklore and fiction in Iceland, but believed to be Eve’s dirty children. Therefore, people of Iceland treat them with fearful respect and avoid conflict with them at any cost. But as the dam will destroy their home, the hidden people begin pushing back against the Americans. 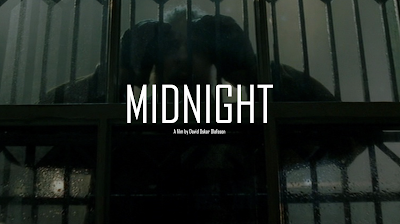 Midnight
Reykjavík 1984. Sara, a recently divorced host of a daily radio show, is having serious problems with her ex, Baldur. He doesn’t seem to be letting it go, drinking and aggressively checking in on her and their son, the six-year old Adam. But when Sara has to unexpectedly take the nightshift at the radio, forced to bring her son along, things quickly go from bad to worse. Baldur starts calling repetitively, angry that she’s talking about their son to her listeners. And later during the rainy autumn night, Baldur breaks into the radio station and a cat-and-mouse chase around the dark rooms of the empty building commences, where Sara must hide Adam from her ex. But when Adam suddenly disappears, presumably after Baldur kidnapped him, and the police get involved, we begin suspecting that all is not what it seems.

Gabríel
Gabríel looks like a normal seventeen-year old, but he has a secret. He needs to kill to feel alive, but as the bodies stack up, Iceland’s main detective starts suspecting this is no ordinary murderer and is soon on his tail. But Gabríel’s problems aren’t just in the present, 25 years later, when a writer contacts him about the unsolved crimes, his settled family life is threatened. How will he protect himself? How far is he willing to go to keep his crimes a secret? And how does he balance normal life and feeding the monster within? We cut back and forth between the present and the future as each period helps us shed light on the mystery at the core of our story – will Gabríel get away with his murders?

The Haunted
After years of miscarriages, depression and a failed suicide attempt, Helena finally gives birth to her long-awaited first child. Excepting to be rejuvenated, she starts hearing voices and seeing a shadowy entity around the village at the edge of Iceland. Those closest to her worry, including Magnus, the local cop, who’s also fighting his own demons after an irremediable mistake in the past. The doctor believes she’s suffering from postpartum psychosis, but Helena suspects it’s something else. When the first person dies, more villagers are drawn into the vicious circle and the focus shifts to Helena’s mother and a family secret. Is the entity seeking harm – or revenge? Together, the three must fight in order to survive, not only the shadow in the village, but also the shadow of their past.