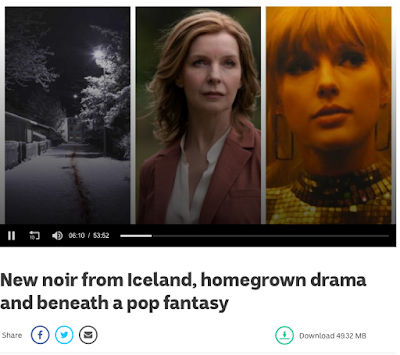 ABC, Australia's national broadcaster, gives The Valhalla Murders a very favorable review on its radio station, saying that it "respects its audience, and delivers a gruesome mystery with a strong female lead."

Saying that the cinematography is "done with such richness ... absolutely beautiful to look at" and praising the music as well, concluding: "After the second episode, I was completely and utterly engaged".
You can listen to it here, from the beginning to around minute 15.